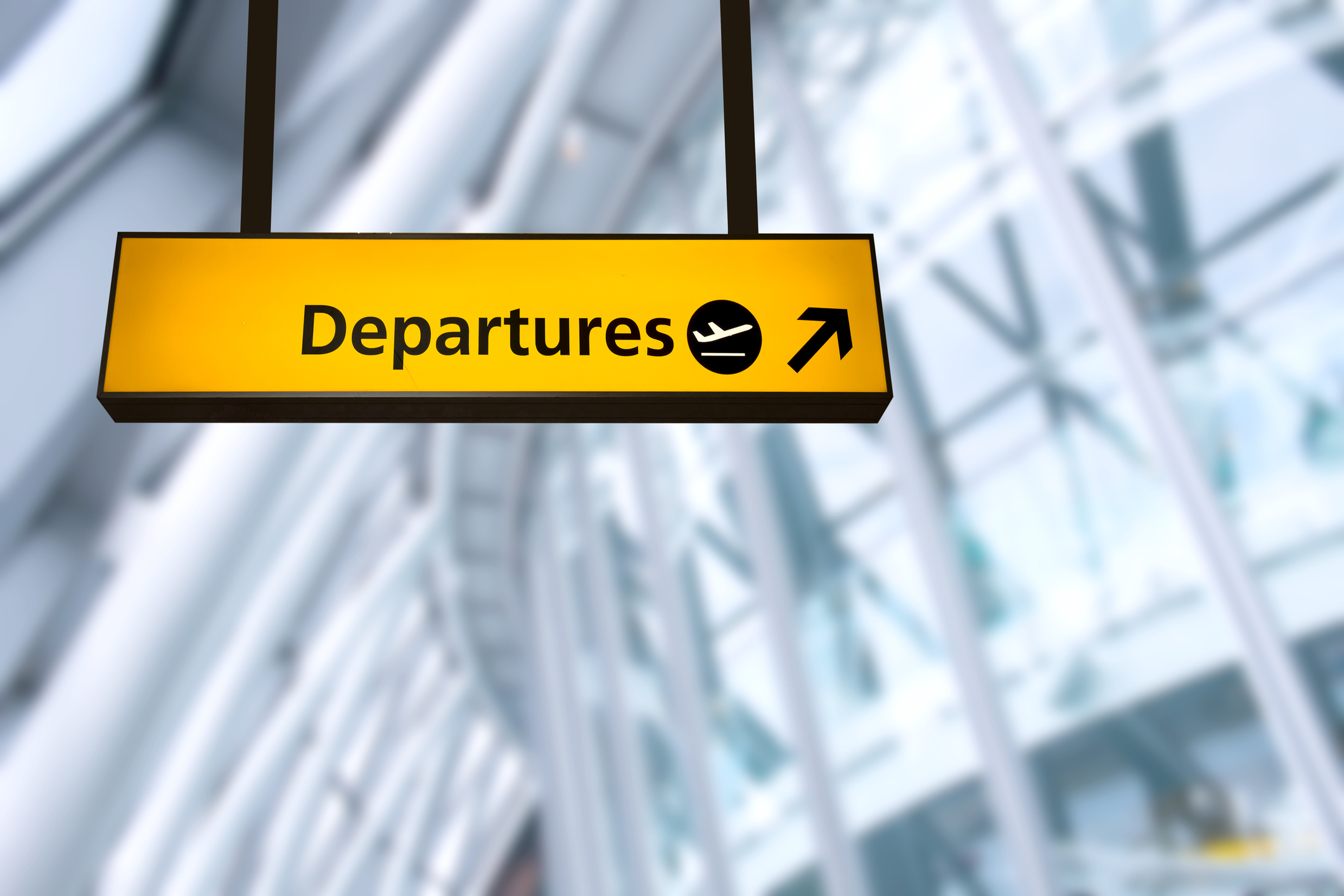 Teachers’ Pension Scheme – lessons learned in the first half of 2019

Since our last blog posting back in March, things have moved on considerably with regard to the participation of independent schools within the Teachers’ Pension Scheme (TPS).

We have had meetings with a large number of independent schools and subsequently have started providing advisory services to many. We attended the ISBA Conference & Exhibition in Manchester in May, and early in July we also spoke at a breakfast seminar in London organised by Natwest for some of their clients in the independent education sector.

At the same time, we have been keeping a very close eye on the latest developments/market solutions and have also noticed some interesting trends that are starting to emerge.

So, who is actually leaving the Teachers’ Pension Scheme now?

No figures are available officially yet and are not likely to be for some time, so therefore it is hard to estimate the exact number of schools which are looking to leave before the end of 2019. We suspect it isn’t as many as has been previously reported though – from our research, we believe that independent schools currently fall into a number of different camps:

– Small or medium-sized schools which simply can’t afford the increase at any level – we are aware of many small schools who are either exiting now before the increase hits in September or who are actively consulting with staff regarding an exit either at Christmas or during the first half of 2020. Teachers’ Pension Scheme exit is crucial here, without it, many of these schools risk their future existence. These schools have decided to exit, and will definitely do so.

– Medium or larger schools who can afford to pay the increase from reserves in the short to medium term, but are playing a ‘watching game’ on developments in the meantime. These schools have generally organised a ‘pensions working group’ to monitor the situation and gather all relevant information. Some of these schools know that they most likely will exit the Teachers’ Pension Scheme, but probably not for at least another 12 to 18 months or more.

– Large schools who can afford to foot the bill for the increase in the longer-term. We have spoken to a number of schools that have simply added the increased cost to the fees payable by parents. Many of these schools have no intention of leaving the Teachers’ Pension Scheme any time soon. Some have simply decided to monitor developments with regard to future employer contribution rates, and only review the position again should there be additional increases in the future.

To summarise – of the 40 or so schools that we spoke to at the ISBA Conference & Exhibition – only five or so were actively looking to exit in the next six to nine months. The vast majority, around 25 or so, were looking at a medium-term plan (12 to 24 months) whereas the other ten had no intention of exiting at all.

[cta modal=”site-popup”]Investigating Teachers pensions? Find out how we can help[/cta]

So which alternatives are schools looking at?

The majority of schools that we are working with will leave the defined benefit (DB) TPS and replace it with a defined contribution (DC) arrangement. DB alternatives to TPS are available but are unlikely to prove very popular as the school will continue to bear the majority of the risk.

The Independent Schools Bursars Association has teamed up with Aviva to offer APTIS (Aviva Pension Trust for Independent Schools) – this is likely to prove popular as a default option, particularly so for smaller schools, as the initial set-up process should be relatively straightforward. On the face of it, APTIS also offers competitive pricing with an annual management charge of 0.39% (per annum) fixed for the first three years. The ‘charge cap’ for DC investments is 0.75% so APTIS falls comfortably within that.

However, APTIS isn’t the only available DC option, far from it – many schools are asking us to undertake some analysis to ascertain whether better value is available. In reality, APTIS is likely to offer a good deal for smaller schools, but some of the medium to larger schools may well find that a better, more bespoke solution can be found from other providers if they actively look for it.

Alongside the actual pension accrued under the TPS, schools will also need to consider how to replace the life insurance and income replacement (ill-health retirement) benefits that it offers. Currently, a death in service sum of three times final or average salary is provided for teachers.

Many schools are considering whether to increase this level of cover following exit from the TPS – multiples of four to six times salary are very common for members of DC arrangements these days. Eight times salary is not unheard of either. Better life cover could prove to be a valuable and much-appreciated benefit for teachers, especially those who are younger and at the earlier stages of their teaching careers – essentially the workforce demographic most likely to have large mortgages, young children, student loans and other commitments, etc.

What level of contributions should be offered for a new DC scheme?

One concern we do have is that many schools have discussed whether to make their new DC schemes non-contributory from an employee perspective. Currently, teachers pay between 7.4% and 11.7% of salary towards the Teachers’ Pension Scheme – our view is that teachers should continue to make contributions and for two very good reasons.

The first is relatively straightforward in that the eventual retirement outcome from a DC scheme is fundamentally linked to the total contributions paid by the employee and employer over time – and investment returns of course – but essentially the higher the level of contributions are over the course of a career the better. Therefore we feel that employees should be encouraged to contribute wherever possible.

Secondly, if an employee doesn’t contribute to a pension scheme then it is less likely that they will be engaged with regard to their future retirement provision. By contributing, the employee is acting in partnership with the employer to fund their pension. This is important, and helps to avoid a perception by the employee that responsibility for funding their retirement falls entirely to the employer – it doesn’t!

We would, therefore, suggest maintaining a minimum level of employee contribution of at least 7% to any new DC arrangement for the above reasons.

What is clear is that many schools will require professional advice, both from a practical and legal perspective. Here at Broadstone, we have a track record of working with independent schools to help them manage their pension arrangements and we can provide advice and guidance with regard to project planning and management, new scheme selection and communication exercises amongst other areas.

If you would like to discuss further then please don’t hesitate to get in touch.

From the E to the S to the G – why is it here, what is it and how does it affect me?

We use cookies on our website to give you the most relevant experience by remembering your preferences and repeat visits. By clicking “Accept All”, you consent to the use of ALL the cookies. However, you may visit "Cookie Settings" to provide a controlled consent.
Cookie SettingsAccept All
Manage consent

This website uses cookies to improve your experience while you navigate through the website. Out of these, the cookies that are categorized as necessary are stored on your browser as they are essential for the working of basic functionalities of the website. We also use third-party cookies that help us analyze and understand how you use this website. These cookies will be stored in your browser only with your consent. You also have the option to opt-out of these cookies. But opting out of some of these cookies may affect your browsing experience.
Necessary Always Enabled

Performance cookies are used to understand and analyze the key performance indexes of the website which helps in delivering a better user experience for the visitors.

Analytical cookies are used to understand how visitors interact with the website. These cookies help provide information on metrics the number of visitors, bounce rate, traffic source, etc.

Advertisement cookies are used to provide visitors with relevant ads and marketing campaigns. These cookies track visitors across websites and collect information to provide customized ads.

Other uncategorized cookies are those that are being analyzed and have not been classified into a category as yet.

SAVE & ACCEPT
Powered by