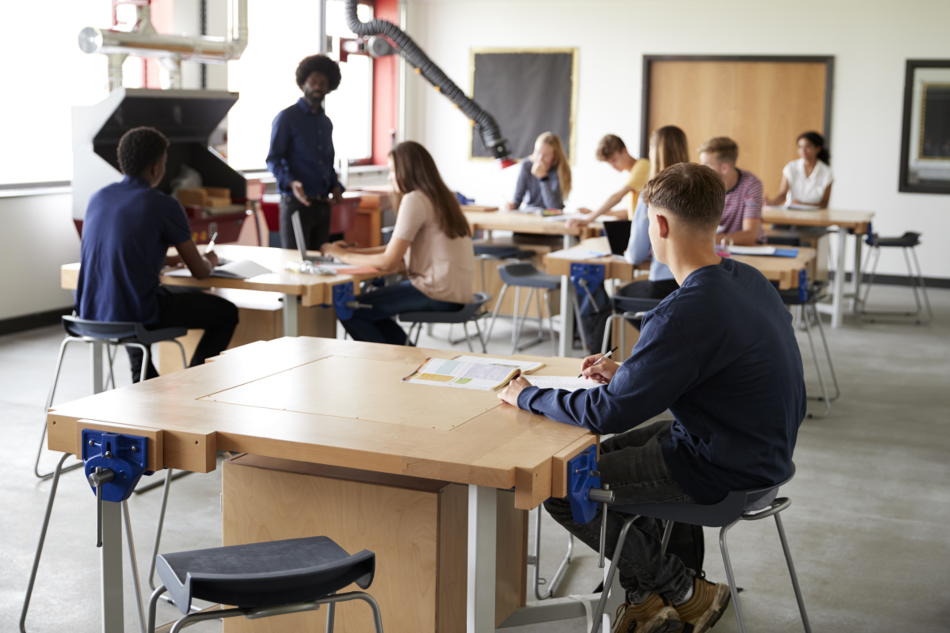 A recent Freedom of Information request from Broadstone has revealed that independent schools continue to inform the Department for Education of their intention to exit the Teachers’ Pension Scheme (TPS).

As at 25 March 2021, 228 independent schools had either already left the TPS or have notified the DfE of their intention to do so.

Put into context, at 1 January 2019 (and ahead of the 43% TPS employer contribution increase effective from 1 September 2019) there were reportedly 1171 independent schools participating within the TPS. The latest update shows that a clear and continuous direction of travel has been established – almost 1/5 of the independent schools participating in January 2019 have now exited the TPS. The graph below details this progression over the past 27 months. 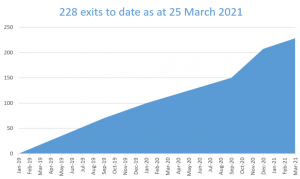 We believe that this number will increase substantially again come summer 2021 as many schools have historically taken the decision to exit at the end of a full academic year, rather than part-way through one. Our expectation is that the total will likely have risen to around 275 or even 300 by the end of 2021.

The confirmed number to date also doesn’t include independent schools that are managing their position in the TPS via methods other than a full exit from the scheme. For example, we have advised a number of schools that have adopted the hybrid or parallel scheme approach where staff are offered the option of retaining the TPS but upon a cost-sharing basis (where the teacher generally picks up some of the employer cost via a reduction in salary) or the staff opt out of the TPS altogether and join an alternative defined contribution (DC) arrangement instead. Crucially, for the employer, the cost must be exactly the same whichever option the teacher decides upon.

The hybrid or parallel scheme approach doesn’t require a school to fully exit the TPS, but can help them to manage their costs in the short to medium term. Schools will need to revisit this solution if a further change to the employer contribution rate is introduced – this will now be effective from April 2024 having been pushed back a year from April 2023.

Many schools are also planning to introduce phased withdrawal, more information about this is included within the next sections below.

What is phased withdrawal and when can independent schools implement it?

Phased withdrawal effectively allows a school to close the TPS to new members of staff (offering a DC scheme instead) whilst allowing existing staff to remain within the TPS. Historically this hasn’t been possible because the TPS was effectively ‘all in or all out’ – schools were obliged by the TPS rules to offer membership to all of their teaching staff.

The government consulted on phased withdrawal in 2019, and announced in November 2020 that it would be available to independent schools from ‘spring 2021’ – however, this has now been pushed back to the summer of 2021. We are aware of many schools that wish to implement phased withdrawal as the first stage of a process to manage their overall commitments to the TPS, and our clients have been frustrated by (a) the time taken for the consultation outcome to be announced, and (b) the subsequent delay to their ability to implement this option. We are still awaiting final details of the process for schools to adopt phased withdrawal at the time of writing.

How quickly will phased withdrawal allow a school to fully exit the TPS?

Here at Broadstone, we have modelled the potential reduction in TPS membership for an example school with around 110 teaching staff, assuming that phased withdrawal is adopted in the summer of 2021. Despite this hypothetical school having an annual teaching staff turnover of around 10% it may surprise readers how long it will take for the school’s proportion of TPS members to dwindle to around zero.

To create the graph below we examined the average age of the teaching population in 2021 along with the expected rate at which members of the TPS would leave the school. In the first year of phased withdrawal, virtually all leavers from the school will be members of the TPS. However, in subsequent years, the proportion of TPS leavers will decline as some of the leavers will be teachers who were unable to join the TPS from September 2021 onwards.

There is a train of thought that turnover of teaching staff who are members of the TPS could decline markedly once phased withdrawal has been implemented – this is because many other independent schools will have likely left the TPS or adopted phased withdrawal and therefore if the teachers concerned want to remain in the TPS their options elsewhere will be more limited. 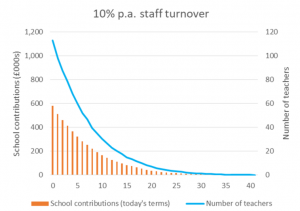 Broadstone recently ran a one hour webinar where the challenges described in this blog, along with many others, were discussed by our team. During the session we answered a number of questions that were submitted live by the attendees.

If you were unable to attend the webinar but wish to view a recording then you can do so via this link.

If Broadstone can assist your school regarding any aspect of teaching or support staff pension provision then please do not hesitate to get in touch with us.