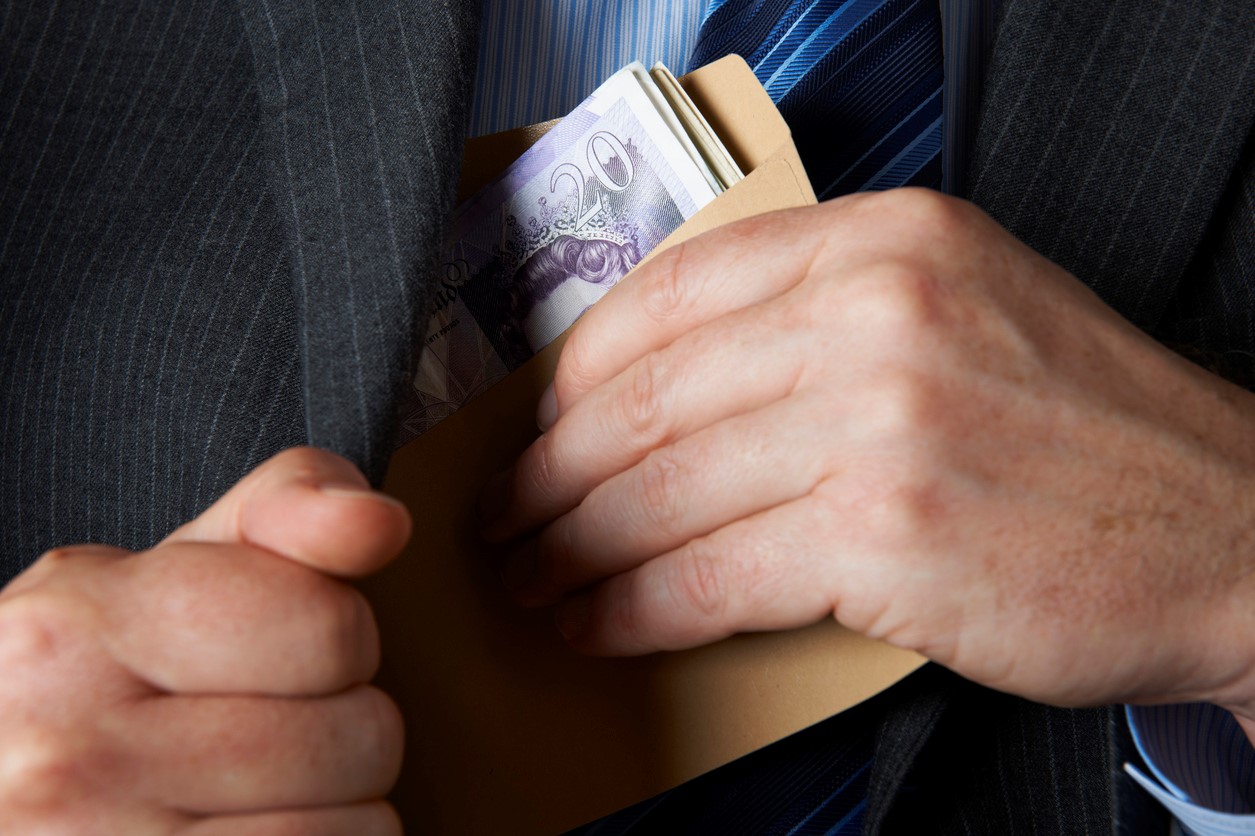 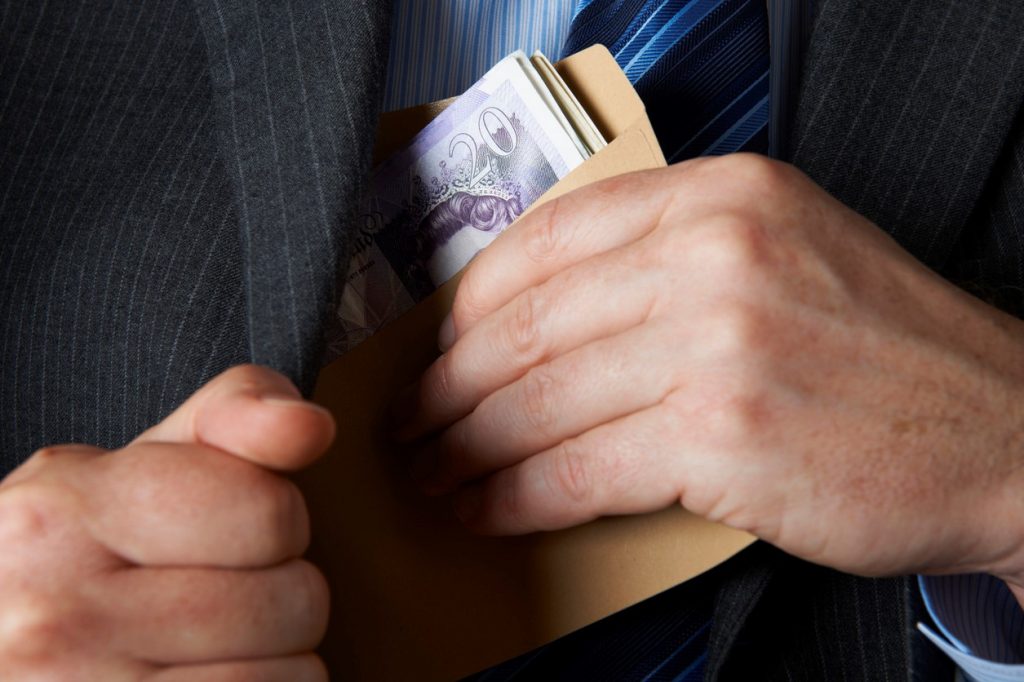 Pension scams,”trust busting”, pension or investment fraud and theft are not new in the world of pensions. Scammers have preyed on people’s pensions savings for many many years. However, the methods used are becoming more sophisticated and the tools out there to combat them are changing.

The pensions landscape has also been changed by the introduction of Pensions Freedom and Choice whereby members with Defined Contribution pension savings (flexible rights) have the potential to take their benefits in a myriad of ways. If we add the decline of Defined Benefit pension provision in the private sector there is a lot of pressure on people to maximise their pension savings to give themselves the best possible retirement.

It is in this fertile ground that pension scammers have been able to proliferate and grow.

One of the key concerns for Trustees and employers occurs when a transfer is requested from their scheme to another, by a scheme member. How can they ensure that the member is not a potential victim of a scam?

The scams are also changing; in some cases the transfer could be made to a legitimate scheme but the underlying investments are unregulated and so members risk losing some or all of their money. This is in addition to other scams where the schemes facilitate illegal payments that contravene HMRC’s rules so when the member they’ll also be stung with tax charges of up to 55% of the payments they’ve received.

A recent pensions ombudsman ruling and high court case (described below) highlight the potential difficulties for scheme trustees and administrators.

Hughes vs Royal London – The first case (briefly summarised here) concerned one member Mrs Hughes (who actually represented around 200 other members) who wanted to transfer from Royal London to a Small Self Administered Scheme. Royal London were not convinced that the scheme was a bona fide occupational pension scheme and argued that the member was not employed by the sponsor and so there was no statutory right to transfer. The High Court disagreed and determined the member did have a statutory right and that, beyond due diligence and issuing relevant risk warnings the Trustees have no further role in the transfer.

These cases are important to be aware of to understand the context under which Trustees should operate when deciding to transfer or not.

The Financial Conduct Authority (FCA) and The Pensions Regulator (TPR) have had their own campaigns over the years to ensure people are “Scam Smart” (FCA) and through the Scorpion campaign (TPR) are aware of the risks of transferring to a scam scheme.

In August 2018 these campaigns were combined with a revamp to the checklists and warning notices that should be issued to members. There were also television adverts to warn people of the risks of scammers.

There are resources for individuals, providers and employers which can be used. These can be accessed here: http://www.thepensionsregulator.gov.uk/pension-scams.aspx?xtor=CS1-3-%5bpension-scams%5d-%5b177PensionScams2016%5d-%5bFURL

The Government and industry have long called for a ban on pension cold calling. This has had a number of false starts as the Government looked to ensure they did not restrict legitimate business through a cold calling ban. Legislation is (at the time of writing) out for consultation and is due to be made into law in late 2018/early 2019 depending on Parliamentary time.

It is worth noting the cynic’s point that the cold call ban won’t stop the practice. That is almost certainly true. Those that defraud people of their life savings are not likely to pay much heed to this. However, the key point is that it needs to be understood that any unsolicited approach to review your pension or otherwise should be rejected as it is almost certainly unlikely to be in your best interest.

One of the reasons “dodgy” schemes have been able to grow is because the rules concerning the registration of schemes was relaxed and so many schemes that perhaps shouldn’t be registered are given the veneer of respectability by having a Pension Schemes Tax Reference number. The Government are consulting on rules to make registration harder and to make it easier for HMRC to de-register schemes it suspects of not being a legitimate scheme.

The Government is also tightening up the rules on when a legal right to transfer arises. This will involve the redefinition of when a member is deemed to be in an employment linked with an occupational scheme. This would address the Hughes vs Royal London issue and so allow Trustees to block a transfer where there is no clear employment link.

These regulations remain out for consultation.

What should Trustees and employers do?

Trustees and employers are in a difficult position as they have a duty to comply with member’s wishes and rights under the law, and also under the rules of the pension scheme.

The key role that the Trustees and employer can play is to inform members of the risks posed by scammers to their pension savings. The regulators have resources that can be used and regular member and staff communications are the ideal place to include reference to some of the key red flags and sources of support for members should they have concern or wish to source financial advice.

As the administrators to thousand’s of member’s pensions we keep our risk triage systems to identify potential transfers to scam arrangements under constant review.  This includes ensuring:

The industry has also produced a voluntary code of practice to help combat scams which we continually review to implement any required changes to Broadstones’ procedures.

Names have been changed to protect the members – the perpetrators names are real.

Case study 1: The refusal of one man’s pension provider to agree to a transfer saved him from losing more than £50,000 to the scam

Donald, 57, was cold-called by Susan Dalton in February 2013 and told that if he transferred his pensions from two companies to her scheme he would get a guaranteed return of at least 5% a year, plus a 10% cash lump sum upfront.

But while one of his pension providers agreed to the transfer of his £17,000 pot, the other refused to transfer his £58,000 pot. Instead, ReAssure rejected a series of letters from companies linked to the scammers, saying it was not satisfied that the receiving scheme was a valid one. Eventually, the scammers gave up trying to persuade ReAssure to make the transfer.

When he reached 55 in 2015, Donald contacted Susan Dalton to ask to draw down 25% of his pension. But she claimed he had never transferred his pension and then ignored his calls and emails – prompting Donald to call Action Fraud.

Donald, from Hull, said: “If ReAssure had allowed my pension to be transferred it would have been a disaster. I would have lost everything. I have had a very lucky escape.

“My wife and I were council tenants so Susan Dalton should have realised that we did not have lots of money and that our pensions were an important source of income to us. She totally misled me into transferring my pension and paid no regard for my financial well-being.

“She told me what I wanted to hear and I believed it. Looking back now, everything was basically a lie or a betrayal. I was naive. I was conned by a professional con merchant.”

Case study 2: A man who had given up work to care for his seriously ill partner and their three children had almost £50,000 taken from his pension pot by the scammers

Colin, from South Wales, had become the full-time carer for his partner when he was approached via text message.

He was offered up to 10% of his pension as a cash lump sum which the agent promised would not come out of Colin’s fund. Instead he was told his pot would be invested in the construction of holiday complexes in St Lucia with good returns. He was tempted by the opportunity to spend some money on his children, redecorate their home and potentially go on holiday with the lump sum.

After hearing about pension scams in 2014, Colin tried to approach the scammers but could not get in touch with them. Dalriada, the Independent Trustee appointed by TPR, later broke the news to him that he had fallen victim to a scam.

Colin, 48, said: “I should have known that it was too good to be true. I should have sought advice and asked more questions, but I didn’t.

“I had contributed towards my £50,000 pension pot, for which I had worked really hard, and now that has been taken from me.

“The loss of my pension will have a massive impact on my life. When my children finish school I will be around retirement age. There will be no money to draw down when I turn 55 and no pension savings for later life.

“I was greedy. I feel stupid for throwing away my financial future for £4,200.”

Case study 3: A couple lost both of their pensions after falling into the clutches of Alan Barratt

John and Samantha, from Hereford, were persuaded in 2013 that if they transferred their funds to Barratt’s pension scheme they would get better returns on their investments.

Their pension provider warned them that they believed the transfer could be pension liberation fraud, but Barratt convinced them to carry on, saying they would get a lump sum as commission for transferring their funds.

The couple then transferred a total of more than £78,000 – receiving £11,800 as their “commission”. But while they had been assured the funds would be invested in low-risk investments, they were sent details of a truffle trees firm in the West Country.

The couple were so concerned they contacted the police. HMRC later contacted the couple to tell them the “commission” had come out of their pension – and handed them a tax bill of thousands of pounds.

John, 46, said: “As a result of my dealings with Alan Barratt my final salary pension is in a scheme that I don’t understand the status of but which I have been told is a scam.

“As far as I know, the majority of my pension fund is invested in truffle trees but I doubt whether that is legitimate. My partner appears to have lost her pension too.

“I deeply regret ever listening to Mr Barratt.”