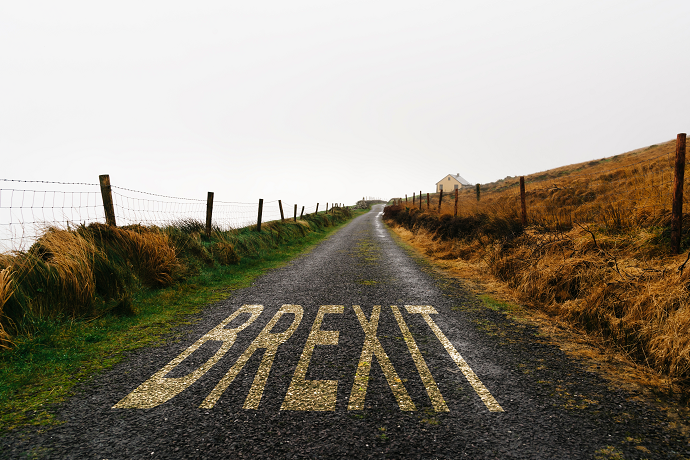 So, after much drama, the UK and EU finally reached agreement on Christmas Eve on the key aspects of their future trading relationship following the UK’s exit from the EU. In the absence of traditional pantomimes due to Covid restrictions, this “oh yes we will, oh no we won’t” saga kept us on the edge of our seats instead.

Although media attention was understandably focused on trade issues that have immediate impact, the scope of the agreement is much wider, touching on issues of crime, immigration, taxation, social security, terrorism and money laundering, amongst others.

The UK-EU Trade and Cooperation Agreement is recorded in a 1246-page document[1], and summarised in another of a mere 34 pages[2].  Its contents are given legal force in the UK through the European Union (Future Relationship) Act 2020[3] which was rushed through both houses of parliament and came into force on 31 December 2020.

Given the broad scope and the short timeframe in which it was negotiated, it is not surprising that it contains only high-level principles, leaving details to be fleshed out over time. What is surprising though, is the scarcity of provisions relating to financial services, which is so important to the UK’s economy – in particular addressing the crucial issue of equivalence which would allow the City of London full unfettered access to trading in the EU.

The agreement does however contain a commitment for both parties to agree a Memorandum of Understanding by March 2021 establishing a framework for structured regulatory cooperation on financial services. This at least holds out the prospect of a deal at some future point.

The issues under the agreement will continue to be fluid, reflecting respective future changes to the UK and EU themselves. This is specifically recognised in the agreement, which is to be formally reviewed every 5 years, and which includes provisions applicable in the event of a new country joining the EU meanwhile. Ultimately there are provisions in specific areas to terminate aspects of the agreement, and either party can terminate the entire agreement after giving 12 months’ notice.

The full impact upon the pensions industry, and schemes, sponsoring employers and connected parties, will emerge slowly and in a piecemeal way as and when details are finalised. These will be reflected in UK legislation and EU regulations.

The interconnectivity brought about by the global economy, and particularly through the relationship with our nearest trading neighbour and partner of 40 years will ensure that even domestically-focused schemes will be impacted to some extent. There is no way that the most extreme Brexiteer’s dream of complete freedom to act independently of EU rules can be delivered in the Real World.

Scheme trustees should meanwhile be alert to the possible impact on their sponsors of the new trading environment. Although the haunting spectre of tariffs and other formal barriers to trade between the UK and the EU has been removed, there will still be new obstacles to trade that may adversely affect a sponsor’s financial situation. Trustees should therefore ensure that they are familiar with the Pensions Regulator’s guidance on sponsoring employer distress[4] which, although published specifically in response to the Covid pandemic, is of relevance to any situation that places adverse financial pressure on sponsors.

Some things we do know

Although the full impact on pension schemes is a long way from being settled, there are nevertheless a number of principles that we know of from the agreement, and which will help in future planning. Many of these involve an effective continuation of the status quo ante, even if some of the “paperwork” may change.

Although the issue of formal equivalence for City-based firms is yet to be settled, some important financial issues have been agreed to allow continued cross-border trade in financial services and investment, securing continued market access.  There will continue to be protections to ensure financial stability and to protect investors and consumers, through frameworks developed separately by each party. Consequently, we can expect the Financial Conduct Authority to continue to set the framework for the UK.

There are also agreed commitments to the free flow of capital and payments for goods and services, whilst recognising the freedom for both parties to pursue their own public policy objectives. Specific exceptions allow parties to impose temporary reservations, such as during a balance of payments crisis.

An issue that was generating considerable concern was whether the highly-developed coordination of social security systems across the EU would continue to apply with the UK post-Brexit. It now seems that this will largely be the case. Specific examples include:

There is good news on current protections that benefit schemes and members. The agreement commits both the EU and UK jointly to support international efforts to prevent and fight against money laundering and terrorist financing. It also provides a framework for both parties to cooperate on cyber security. Online consumer protections and anti-spam provisions are specifically mentioned, incorporating flexibility for both parties to develop their own policies within the joint framework to protect online users.

It also seems likely that the current data protection regime established when we were EU members will continue largely unchanged. The prohibition on requirements to store or process data in a certain location suggests that the UK will continue to be included in the EU geographic area within which data can be freely held and transferred, subject to the GDPR rules which in the UK are given force of law under the Data Protection Act 2018.

Given that the Act was drafted to ensure full compliance with the EU GDPR, there should be no problem there. However, the EU commentary on the agreement draws attention to the fact that the decision on whether or not a non-EU state’s data protection regime complies with GDPR is a unilateral one of the EU alone, raising the possibility of future divergence which would present major difficulties for UK pension schemes.

Although the agreement does allow the continuation of some important issues that concern trade, there are inevitably others that will be subject to greater restrictions in future. One fundamental aspect of the Brexit movement has always been the reinstatement of the UK’s right unilaterally to determine its own rules on border controls. Inevitably that means that in return UK citizens have lost the right to roam freely across the EU as member state citizens.

Apart from the impact on holidays, the EU rules applicable to non-EU citizens mean that UK citizens face new restrictions on business travel in the EU. For both types of travel, a UK citizen is now restricted to a maximum of 90 days in the EU in any 180-day period. There are also new restrictions (or a return to old ones) in respect of such things as passports, driving licences and insurance.

On the positive side, there are concessions to enable citizens of either side to remain in the other where they have previously relocated.

For most pension schemes the direct impact of the agreement appears to be limited – at least initially. However, over time this is likely to change, whether or not such changes are wholly transparent. Regulations in the UK and EU are likely to diverge in detail, although the mutual interest of both sides to continue cooperation on key issues may limit the effect in practice.

Impact is more likely to occur in respect of wider economic performance and possible reductions in available financial and investment products. Even if this is not so, the formalities of doing business will be more onerous and will deter some from taking full advantage of EU markets.

So, despite the considerable effort expended to date, the effects of the change to our relationship with the EU are still far from clear. Although some changes can be anticipated from close examination of the principles contained in the agreement, there are likely to be many others that creep up unexpectedly. It would be wise to be alert to warning cries of “behind you!”.